Updates, two and a half years on the Shangri La Diet 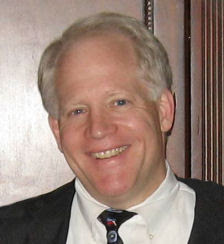 For posts on the diet, click on Shangri-la Diet

The diet still works for me. That is my "after" photograph, taken when I reached 189 pounds. I've been at (or below) that weight for two years now, down from about 245. It still works. The only real lasting change I've made is that I've quit eating sugar with my yogurt. While losing weight, I would eat three cups of non-fat yogurt a day, flavored with sugar -- between half a cup and a cup of sugar a day. After reading Taubes, I suddenly found myself unwilling to eat sugar, so I've been doing without it since. Does not seem to have made a difference, and I've learned to like the flavor of unsweetened yogurt.

I take a couple ounces of water and three or so tablespoons of extra light olive oil once a day. No flavors for an hour before or after I take it. It depresses my set point and my weight and appetite take care of themselves. If I exercise at a high intensity two-three times a week, I drop the oil back to two tablespoons a day. I had some "failures" in taking the oil in the middle of the night, but all of those occurred on vacations. Since then I've discovered that in normal life the middle of the night works as well as any other time. The water just makes it much easier to drink the oil without gagging.

Before SLD (Shangri La Diet) I ate probably three times as much food as I do now and enjoyed it less. Taubes-style eating is low carbohydrate, but not ultra-low carbohydrate (i.e. I'm basically skipping sugar and white flour and replacing it with mixed salads and low glycemic index fruits).

For people who are interested in trying SLD, I recommend that they pick up a large container of extra light (less flavor) olive oil (referred to as ELOO) at Costco or SAMS. Pick up a measuring cup at a pharmacy or find a tablespoon measure at the house. For the first week, pour an ounce of water in a cup and a tablespoon of ELOO. Drink some water before bedtime and when you wake up in the middle of the night, swirl it and then drink it down, go back to sleep. If you start losing weight, you've hit the right dose. If not, in week two add another tablespoon. Keep adding until you start losing weight.

There are lots of other ways to approach it, different oils to try, lots of things that you can do. However, olive oil improves your cholesterol, will help with your triglycerides and has other health benefits. It is also easy to find and reasonable in price and doesn't require any strange gymnastics to drink (people are out there who use fresh pressed flax oil, nose clips and such in order to take it without any flavor -- the same with fish oils, coconut oil, etc. ELOO works well and is good for you).

If you take the slow approach your body will adjust to the ELOO (it takes different enzymes for your body to digest different oils. Just because you have a big mac and french fries every day -- and get more oil than three tablespoons of ELOO, don't think you can switch immediately).

Anyway, that is how the Shangri La Diet is working for me. Pretty much an automated part of the background in my life these days. So if you were wondering if it was like the usual diet people blog about (i.e. lots of excitement, success, and then it fails and they quit talking about it and move on to something else) or if it had just gotten boring (hey, it works, but after a year or two of "it works" and my weight is at a good place, what is there to say), the answer is "it has become normal" so blogging about it almost feels like mentioning that I was breathing today.

Old news. Unless you are trying to lose weight. Then I'd suggest you give it a try. Nothing I've ever done was as simple or as effective -- or worked long term, year after year.
"A McDonald's large order of fries is 30g of fat. Add one of the big sandwiches, such as the Quarter Pounder, or the Big Mac, and you're adding another 25 - 30 grams of fat. So one of these meals is more than twice what you'd get in the 2 T. ELOO you take on SLD. And that doesn't even address the quality of the fat. Tell your mom to relax. Good luck!

Having lost 40 pounds in the last 9 months, many people have asked me how I did it. My way was different than your way, but I have to agree with what you said, i.e. my everyday "diet" is such a part of my life that it's kind of in the background now. I think that's the most important step in gaining a healthy attitude/lifestyle/etc. You have to switch to a different state of mind; you have to change your eating lifestyle. So much so that it becomes normal to you. People just don't seem to understand this --they want a quick fix and be able to eat whatever/whenever they want. Just doesn't work...

I'll try it, Stephen. Thanks.

Stephen said...
This comment has been removed by the author.
9:11 PM

The TOS for this blog states:

"any trolling, contractually obligates you, your assigns, licensees, privies and employers, and anyone you work as an agent for, to pay liquidated damages benchmarked by the highest per incident amount for copyright infringement (currently about $250,000.00) or the amount in the parenthesis prior, whichever is greater."

I really don't feel like crying to my mother, especially about trolls. At some point I'll either understand why the bile or not. I can always just collect from Vanguard.

Seriously, what is the source of your bile, anonymous?

Stephen said...
This comment has been removed by the author.
9:54 PM

Anonymous said...
This comment has been removed by a blog administrator.
6:41 AM

Well, now you are calling me a lawyer rather than a grotto. Not that most people would consider that an improvement ;)

Seriously, what is your gripe with me? Other than the incoherent insults, which indicates it has a lot of emotion, what is it that you are upset about?

Why are you compulsive. I've noticed you post here every so often, always incoherently angry, and out of control.

I'm really curious what it is that drives you back, what motivates you and what you are upset about. That is the one thing you aren't communicating.

Interesting. I assume this one was spoofed.

Stephen, do you read? Have you read, for example, any Shakespeare, maybe James Joyce.

I thought not - it shows.

Actually, since my aunt gave me a copy of Portrait of the Artist as a Young Man (first edition), I've been aware of Joyce.

But, anon, you remain incoherent mostly (at least generally, when you haven't been relegated to cut and paste episodes). I've been paying attention to you for a while now, wondering what motivates you, curious if an attempt to engage you might be useful or not.

So rather than delete your comments and move on, I've attempted to engage you in dialog.

I have never seen someone fill a comments thread with so much hate. It's very unusual. I wonder if you might personally be in danger from this person. I would not address him and I would delete his posts.

Noumenon, the "grotto" blip is a snippet of James Joyce, one that coincidentally is also used in a major text on mental health.

Thanks for the thoughts.

Congratulations on the weight loss! I too have started the diet today, I only need to lose a few pounds to get to a good racing weight, but I struggle with food as its my joy and pretty much my social scene but we'll see how it goes....

"never argue with an idiot, they'll drag you down to their level and beat you with experience"