The most incredible part of what is going on is the places where the demonstrators are responding to beatings with serving water and refreshments to the police after the beatings.

The ongoing story is incredible.
Posted by Stephen at 9:27 PM

I have a simple riff I've done on "what are guys thinking?"  It is kind of funny, kind of true (when limited to "guys" -- that is the mainstream social construct you are likely to encounter in America). I've a second riff that relates to the results of what happens as guys transition to being men and how they learn to see the real beauty in people around them rather than skin deep.  The two kind of go together.

So, in addition to my Elgin System post (about Suzette Haden Elgin, author of the feminist Native Tongue trilogy, and her solutions and ways to deal with verbal violence), I did my "what are guys thinking?" riff.

Some people liked it, but I managed to irritate a lot of people, partially because of the way I attempted to do a better job of expressing myself (things such as adding a consistent flow through metaphor "the secret life of men") and mostly because I let my terms slide.

To begin with, to make my metaphor work better, I substituted "men" in for "guys." That obscured the point that I meant young guys who are swallowed up in their culture and have not learned to think for themselves.  Once I had stepped off on that foot, it was down hill from there for many readers.

Hindsight is 20-20.  But that is how what I thought was a light, frothy bit of writing with a bit of sweetness and hope at the end managed to generate a lot more attention and irritation than I expected.

At least it was not as much a failure as my essay on http://www.wheatandtares.org/2011/01/26/dealing-with-feelings-of-failure/ at Wheat & Tares.  That essay was the least successful essay I've ever posted there.

Well, next week can't help but get better.  Emotionally this was a bit of an overwhelming week.  I don't know why the grief hit me so hard on the 26th, or why this week was so rough compared with last year.  Maybe it was Win being out of town.  Maybe it was the way my home teaching companion's schedule (he commutes from Chile) and the families I home teach had things come together (I ended up having to home teach yesterday to make it work), maybe it was running into a car door (I have an inch and a half gash on my head now), and maybe it is just the weather.

Well, if they ever ask me back, I'll learn from this experience.
I also missed that at times how you interact with your audience very much depends on:
People who knew me tended to read the essay a great deal differently from those who did not. In person I've never delivered the riffs to anyone who was not part of a group that knew me well and was kindly disposed towards me. I've never delivered it other than in person before.  I've never dropped it naked onto someone experiencing pain from related conversations.

I continue to mull it over, as I reflect on what works and what doesn't.
Posted by Stephen at 6:48 PM 22 comments:

I was really feeling swamped at work, a failure in my personal life and just overwhelmed.  Then Win came back from visiting her aunt Bobbie and I'm suddenly feeling hope and light again.

I miss my girls.  I miss much of what I hoped my life would be.  But my dear wife gives me such hope and joy.

It is hard to explain, but it is a little like being reborn every time I see her.
Posted by Stephen at 8:20 PM 3 comments:

Posted by Stephen at 7:37 AM No comments:

They look old, that's not right, I'm the only one whose gotten old ...

Was looking at some wedding pictures.  The bride's parents looked old.  I turned to my wife, "that's not right.  I'm sure I'm the only one who looks old these days."  Guess it is happening to all of us.

Life is full of surprises.  We had some house guests for a funeral.  They were quieter than the cat. What else can I say about them, other than they were more pleasant than the cat as well.

Lots of blogging going on about law schools.  The New York Times article has really drawn a lot of attention.

Reminded me of when I wrote the material at http://www.adrr.com/law0/

My personal experience is at http://ethesis.blogspot.com/2007/09/my-law-school-experience.html

Things have only gotten harsher in the direction predicted as law schools have about doubled in number and tuition has grown much faster than inflation (I paid about $400.00 a semester for law school, about $4,000.00 total when you include books, had about $5,000.00 in debt when I graduated.  Now $140,000.00 is more common.  There has not been that much inflation).

Guess many things have gotten old.

FMH is still young though, in spite of my latest guest post for "Manuary" at http://www.feministmormonhousewives.org/?p=3446
Posted by Stephen at 8:32 AM No comments:

We were very pleased with her work, and the pricing is the best I've encountered in a long while. 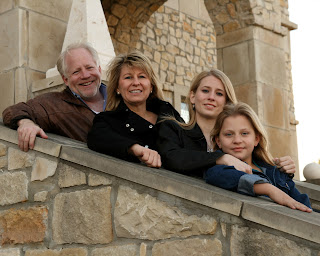 And someone, bless their hearts, blogged about me:

Also, pictures of Krista Oakes and her family about a month before she died.  She was so filled with life:

I'm having issues with Firefox and Norton antivirus where Firefox fails to realize it has been updated (and where the updates hang on me if I don't interfere with the software).  It is rather obnoxious.  I'm getting tired of seeing the same update screen even though I've already updated to the current version it is telling me.  The software remains frozen.

Other than that, nothing to complain about so far this new year ;)
Posted by Stephen at 8:28 PM 1 comment: