I sit and wonder, could it really be eleven years ago that Robin was born on the sixth of July? Seems so long. In 1998 we were still in Wichita Falls. In 1999 I was starting a new job in Dallas. I'm amazed I could do it. It was only a year and a half after her death.

Now we are actually going to stay in town for a fourth of July which we have emotionally connected to Robin. I'm amazed that we are doing that. Sometimes I think I'll wake up and it will be 1992 again and Jessica and Courtney will still be alive, Robin will just be a dream of the future and I'll be in my thirties again, instead of in my fifties.

I'm glad Win made it safely back from girl's camp. I'd be lost without her. I tell her, but I don't think she realizes just how much she means to me.
Posted by Stephen at 10:19 PM 1 comment:

I need to confess that I'm terribly weak some times

I've rarely spent very long away from my wife. I think that her filling in this week as the camp nurse at girl's camp (they lost the one they had at the very last minute) is the longest. I miss her terribly, even with cell phones. You'd think we were thirteen year-old kids instead of adults.

She also got assigned to a cabin of girls as their advisor. They are about the same age Courtney would have been.

We are also trying something new this fourth of July. We are staying in town for the first time in a very long time.

I look forward to being with friends, but I feel so weak right now. She will be home tomorrow, I'll be stronger then.
Posted by Stephen at 9:12 PM 2 comments:

Remember four things when giving advice:
An excerpt from an excellent post on how to give advice.

Actionable advice is best advice. Saying "speak up more" to someone who doesn't talk in meetings is not actionable; saying "say at least three things in the meeting" is more clearly actionable.

That is a good point to remember. Give actionable advice, actions to take rather than principles. Do it with a "because" linked to the principle. E.g. "Say at least three things in the meeting because you need to speak up more" ties together actionable advice with principle advice (and uses the because rule, that advice with the word "because" in it, is better absorbed).
Posted by Stephen at 9:03 PM 4 comments:

I had a nephew spending the summer working in town, and one of the best parts was telling him stories about his dad.

Apparently no one told him about when his dad played football -- and how in the last game of the season, between the only two undefeated teams left in the state, the other team tried three plays against Daniel's side of the field and ran every other play in the game the other way. Daniel's team won that game 32 to 0 with Dan stealing an interception out of the arms of a receiver in the end zone to stop the only score the other team almost made.

No one told him about the time Dan jumped into a fast running stream to save another kid's life (he was only eleven or so himself at the time). It was summer in Canada, so the water was at least forty degrees.

Or when Dan commuted to graduate school, how he carried a complete set of metric and english socket wrenches so that when he came upon people who were broken down he would be sure to have the tools he needed when he stopped to help.

Or the many hard and unfair things that both Dan and his first wife went through in their lives. They both overcame an awful lot.

Or that Daniel's profound dyslexia was not diagnosed until he was a senior in college. Academic support contacted him, hoping to help him before he flunked out. He sighed, explained it would have been nice if they had contacted him sooner, but he was about to graduate at the top of his class, so it was just a little late.

Seems his son did not know about his dad's undefeated regular season in wrestling either.

Anyway, there is an awful lot of good to say for Daniel, so I thought I'd say it, since it seems he never got around to saying it for himself.
Posted by Stephen at 8:20 PM 6 comments:

Hmm, I listed it twice in my links. It deserves the emphasis. For an explanation of torturing the mad bomber, see: http://www.friesian.com/valley/dilemmas.htm

A mother who buried two children.

And do not forget:

So often the scriptures address what we should do. Over and over Christ told people what to do, to be doers of the word.

Dr. Deb addresses that in http://drdeborahserani.blogspot.com/2008/06/power-of-what.html

It is a good thing to remember.
Posted by Stephen at 12:58 PM

This comic brought back memories.

Maybe I would have been more successful if I'd had coffee breaks.
Posted by Stephen at 7:53 PM 2 comments:

For my thoughts are not your thoughts, neither are your ways my ways, saith the LORD.

When God says that, does he really mean that he is a twenty-first century American and those musty old Hebrews were just not in touch, or does he mean it the same for us as for them?

Anyone who had talked with young children knows that they just don't think the same way that adults do. Anyone who deals with adults also realizes that they think differently than young adults do.

If God is older than two hundred years, and more than twice as smart as we are, he already is likely to think in ways that are vastly different from the ones we use.

I tend to believe that that fact hasn't changed just because we live in the twenty-first century or are Americans.

Do you know any true adults?
Posted by Stephen at 6:05 PM 2 comments: 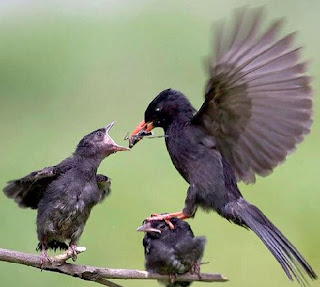 How to tell if you're Mom's favorite.

I've had days when I felt like that was how I fit in the world.

At the water park today we were floating past an interracial couple and someone said something (I missed exactly what it was) about them and my response was "Gee, I'd love to have that couple in my Church" which was my first thought. The other person floated off, never did catch what they meant to say.

On my mission, in the mid-70s, I was asked about interracial marriage and my comment was that there wasn't anything wrong with it. In general, the more things in common you have with your spouse, the better, and race was just one thing among many.

But this morning I was wondering if gay marriages will become in a few years what interracial marriages were fifty or sixty years ago when they still prosecuted people for them in some parts of the country (see miscegenation statutes for more on the topic) until Loving v. Virginia, 388 U.S. 1 (1967) finally put an end to that sort of thing.

I can think of gay couples I'd love to have in our Church.


BTW, one thing that struck me in reading Ethical Dilemmas in Church Leadership was that a survey of those in Protestant ministry reflected that 23% responded to having done something the felt was sexually inappropriate with persons other than their spouses while in the ministry. (page 68).

Made me feel sad. 12% had engaged in sexual intercourse with someone other than their spouse since entering the ministry. Those numbers are for those who are still currently Protestant ministers, with statistics drawn from an Evangelical oriented group (pastors contacted by Leadership Journal).
http://www.apolitical.info/webgame/plots/ for something much lighter ;)
Posted by Stephen at 6:13 PM

11 We claim the aprivilege of marrying before the Almighty God according to the bdictates of our own cconscience, and allow all men the same privilege, let them dmarry how, where, or what they may.

That is how a friend of mine put it.

On the other hand, we have Jane Galt's perspective.

I'd always wondered where President Gordon B. Hinckley's statement about how we would need to allow domestic partnerships played into the debate.

Quoting from the Wiki about President Hinckley:

Members of the Westboro Baptist Church (WBC) demonstrated near his funeral, accusing him of having an "ambiguous voice" about the gay lifestyle rather than taking a firm stand against it. WBC members protested his weakness against homosexuals at his funeral, and further criticized the church's stance on homosexuality.[32] One woman explained it was because he "preached that God loves all his children, including the gay ones."

They also seem especially upset that the:

president of the LDS church, President Thomas S. Monson, has stated church members can disagree politically with the church's opposition to same-sex marriage, but if the disagreement turns into an apostasy situation, that would be inappropriate.[36] Prominent church member Harry Reid has supported same-sex marriage and has maintained good standing in the church.

(This is my nod to what seems like mandatory blogging on the California Court decision, or maybe it should have been a commentary on the FLDS situation where the FLDS have fewer teenage girls having sex or having children than the Texas population at large. Almost an argument that there is no place in Texas safe to move the children to, other than the YFZ ranch if your goal is to prevent teens from engaging in sex or having children).

I know, I should have opinions of my own, and definite conclusions, rather than leaving it to the rest of the bloggernacle to make pronouncements. Maybe after I've had more time to sleep on it.
Posted by Stephen at 8:36 PM 9 comments: