I participate in a men's group on Saturday mornings.  It does my heart good.  I've been attending for years now.  Recently, I found someone else in it painful enough that I started showing up late, leaving early, looking for excuses not to be a part.  The group has dropped significantly in attendance.

That person has gotten under control and it was great to see the guys this morning.  They are important to me.

Found out this week that a good friend is terminal. He is hoping for a year and a half more of life, may or may not make it.  I'll respect  his privacy, but my heart goes out to him, far away that he is.  I'm still hoping he can make it to Texas for some barbecue before the end.

Made me smile.
Posted by Stephen at 10:11 AM No comments:

When my mom was called as bishop

Well, actually it turned out they wanted to call my dad, but they asked her permission (and did not even ask him).  She said yes, and when he got back in town from his assignment (he was on the district counsel) he was informed he had been called, and sustained in his absence.

They left him on the district counsel so that they could have someone in both callings present for the reorganization.

My dad was bemused (he never was asked, btw, they had his wife's permission and that was enough), and my mom was just interviewed about it (and other things) yesterday by the Church History department.
Posted by Stephen at 7:07 AM 1 comment:

The tornado sirens can be distracting

Especially when you are trying to watch the weather on the television.

I'm still not sure why ours went off.  The intense weather is south of here.  Glad I'm not trying to watch a Texas Ranger game at the ballpark in Arlington.

Going to get everyone to bed early tonight, and settle everyone in now.

And my prayers for those in Joplin and other places where the sirens were for them.
Posted by Stephen at 9:32 PM 2 comments:

Mysteries of the Kingdom (my Wheat & Tares post for Thursday)

There is much to be said about the temple.  Most of the "public" discussions come from the writings and addresses of Hugh Nibley following the Manti Temple seminars/discussion group he had that was commissioned by the first presidency for the consideration of the temple in the 1970s that led to the clarifications and emendations in the temple as we have it today.

Or consider what the stations indicate. In historic studies of temples and similar rituals and heroquests there are the five wounds of death that are recovered from/healed on the way to resurrection and there are four breaths that lead to eternal life.  Through the very early 80s, Nibley was known to favor the five wounds of death interpretation.  There is reason to believe that he changed over to the four breaths (the last of which is gained in the resurrection).

Finally there is the question of the relationship between men and women and what the temple means by it.  We do know that many general authorities and a number of prophets have taught that men and women are equal and that any man that thinks he has a right by means of the priesthood to control his wife or have the final word has lost the priesthood (look at some of the talks on that topic vis a vis D&C 121).

There are also a good number of sermons, informed by temple attendance, indicating that what inequality that exists between the sexes is the result of the fall and is to be overcome by means of the temple, not instituted thereby. Nibley gave some very interesting public addresses that brushed against this concept or that taught it directly, prior to his involvement in the rectification of the ceremony vis a vis earlier texts and lectures by Brigham Young, Joseph Smith and others.

Of course one is free to find an unmediated revelation in what God intends each person to learn, which is part of the essence of the temple, but it is relevant to consider what the most recent editors and emendations intended and taught in finding an understanding of how we are informed and inspired by the temple.

Next week I'll try to come back to Utopias and why we don't recognize them when we encounter working utopias in the modern world.  I also have a post pending on how to complain without sounding like the mentally ill.  But the temple is the heart of Zion, so I've taken a moment to discuss the mysteries of the kingdom, salvation and the temple on the way to discussion of Utopia.
Posted by Stephen at 12:08 AM 1 comment: 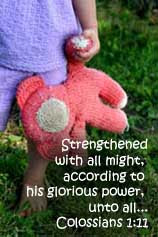 "Leave rationalization behind and begin to practice integrity ... " (from a 12-step manual)

Utopias fail for a number of reasons.

The biggest reasons are:
Collapses in integrity can be driven by economic or generational issues, but are often just greed.  The early LDS anti-banking society failed (as forensic audits have now confirmed) because of embezzlement.  Without that, it would have succeeded.  Orderville collapsed, among other things, because the desire for store bought pants led to cheating (there were other issues, but that was the final straw).  Beyond those familiar examples, a number of other utopian movements have collapsed because of catastrophic failures of integrity.

Historic examples of failed utopian projects are often histories of infidelity, betrayal and lies, coupled with resentments and recursions.  Leadership and self-deception, and all the related concepts are important to preserving integrity (and a sense of community).  But it is amazing to think that without the embezzlement the anti-banking society would have done quite well.  Nothing in the narratives about it prepared me for that.


Generational conflicts often doom artistic utopian communities.  It is fascinating to watch the continual failure of artistic utopian communities caused by the generational conflicts where the community meets the needs of the parents, but not of the children.  The parents pastoral paradise is a limited and boring hell for the children.  It happens in other venues as well. The blending of Akido and gardening that made a utopian retirement community for some martial artists held no attraction for younger adults or children.

Reprising Orderville, boys in good homespun did not seem as attractive as those with creased pants.  The parents ethos was anathema to the children.  Just as bad are societies built around adult's images of childhood perfection that satisfy neither.

Economic alignment is where economic self-interest aligns with society.  As it fails, basic forces tear communities apart.  Where it succeeds you have Hutterite communities spreading across Canada.  (The successes and failures of the Hutterites provide a good number of examples and guidelines for what works, what doesn't and for whom it works).

Much of Joseph Smith's United Order template of each person managing property for themselves and turning over to the common storehouse the excess beyond what they could conserve and manage is an example of economic alignment.  Orderville, on the contrary, had all the property held in common and all the income turned over, which led to divergences.  The economic essays I've posted before all feed into understanding how this fits together or fails to fit together.


Insufficient resources -- that pretty much sums up many failed experiences.  If everyone starves to death, the community fails.

Finally, Loss of Community (or disenfranchisement)  is a hall mark of failures for many utopias.  It can come when followers and leaders do not feel equally invested or equally respected.  Orderville (again) had this, not only from the generational conflicts and the loss of economic alignment, but from the culture clash of a strong willed leader and members who felt divested.  The small employee-owned Bessemer furnaces do not survive if they grow beyond 200 or so employees in any site.  Community fails somewhere between 100 and 200 adults.

It is a surprisingly small number. cf http://en.wikipedia.org/wiki/Dunbar%27s_number


Other projects seem to survive larger numbers, depending on things such as piece work compensation and other direct economic linkages (as well as linkages that turn a community into a collection of smaller interlocking communities) between work and reward.  Social welfare services in such communities tend to be completely separated from work related compensation and endeavors.  It is surprising how some approaches can overcome some large degree of disenfranchisement. (e.g. http://en.wikipedia.org/wiki/Hutterite)

The roots of failure for Utopias are important in seeking Zion.

Zion is a utopian endeavor, for a holy people, seeking a higher law.

So, what do you think Zion will be like?  How would you approach it? If you were to write a book (or a blog comment), what would it say?

Do you think people can approach Zion in their own lives or as a group?

I'm curious what you think? 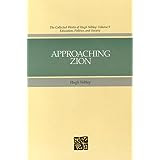 Approaching Zion (The Collected Works of Hugh Nibley, Vol 9)
Posted by Stephen at 10:18 PM No comments:

Seems strange, but blogger managed to lock me out for a while.  Suddenly, today, my password is working again, as if nothing had ever changed.
Posted by Stephen at 5:51 PM No comments:

What about .... reflecting on a fallen world

Christ often remarked on commandments and rules that existed because of the weakness of the people and that reflected not the eternal world, but instead the cultural and social failings of the people.  On divorce, mocking others, tithing, charity and a number of other topics he had cause to address those types of commandments.

First, he would affirm that the commandment was of God.

Second, he would state that it did not reflect a positive comment on the people it was given to, a license for sin, or special privilege.

Third, he would tell them about the higher law they should be reaching for, should be obeying, should have drawn their hearts to.

I would suggest that every time we think of a commandment, ritual, or other situation as being a result of our weakness (or that of those who have come before us) and the fallen nature of the world and the shortcomings of the context that existed, we ask ourselves what would Christ do?

Would he say that those explanations justify rejecting the revelation of God?  No.  He expressly did not do that.

Would he say that holiness is found in the old commandment or the higher law?

You know the answer.
Posted by Stephen at 8:37 PM No comments:

After the reading in the Bar Mitzvah we attended yesterday, my wife pointed me to a line of analysis that would strongly imply that the priesthood is only given to those who are truly free.

The priesthood ban reflects nothing lacking in Blacks, but rather the sin and oppression (not yet ended) that they were enduring. In that analysis one finds a similar conclusion that women not having the priesthood is more a reflection of the depth of inequality in society.

Now, that may not be the reason, but as I have read the recent exegesis on the Book of Mormon (brilliant work), I have wondered how much of that lesson about their blindness applies to us, should be likened to us.

Just pondering.
Posted by Stephen at 11:49 AM No comments: