I continue on the diet. My current weight is about 65 pounds down from where I started. My resting point on the diet depends on the amount of exercise I get, something that has not been true for me for some time. It is a permanent life change.

I'm pleased, now that it is closing on my second year, and over a year at this weight or a bit lower.

With the release of the paperback, the hard back is now on sale at Amazon for $3.99.

(73 customer reviews)
One thing Amazon does have trouble doing is separating out things I've bought for myself from the things I've bought as gifts for someone else, often for a birthday or such where they've asked for a specific thing. So I constantly get suggestions, some good, but some completely off base (no thank you, I really don't want to buy any more Web Kinz, I can do without more Magic Treehouse, I already have Harry Potter books, etc.). Other times the books are good, but I already have all the travel guides to Italy I need, you know.

Can't swallow well, can barely do more than sleep 20 hours a day, surrounded by monsters and in terrible pain, no siblings or parents who can help.

Feeling they've failed everyone, even their children. Children?! An old man in his 70s (which could just as easily have been a young man in his 70s), with dementia and paranoia, Parkinson's disease having stolen much from him until he is a five year old with an old man's memories and an old man's body, confused, in pain, and in fear.

I sat with him today for a while until he could go back to sleep.
Posted by Stephen at 9:32 PM 5 comments:

Stuart Marshall described me as the most laconic man he had ever had contact with. The fun line, though, was "he makes 'terse' into an art form."

Made me smile, as in the genre, and for the book I was contributing to (with my own special section, much to my surprise), that probably describes my reputation over the past thirty years.

I have learned to not be so terse in other settings, and did have one person ask me how someone distilling several hundred pages of my work into a much smaller area could call me terse (the answer was that it was accurate), but this quote made me smile.

Something good in a busy week.
Posted by Stephen at 10:13 AM 2 comments: 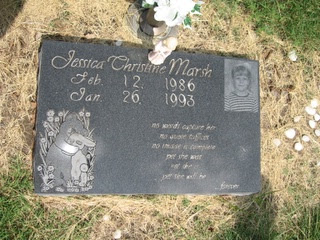 We went to a baby shower in Wichita Falls. Took some pictures that I've long been meaning to take.

People have been visiting still, leaving trinkets and tokens and memories. I admit that the flowers and statues and rocks and crystals and everything else that still show up make my heart happier. I'm grateful for the kindness of unknown strangers, for the love of friends and for my daughters.

We, too, visit, taking and leaving memories. The company that did the headstones switched hands and lost their artist and craftsman on the third headstone, so the style and execution are much different with that one. But you come to terms with a great deal in life. 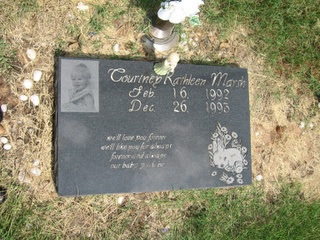 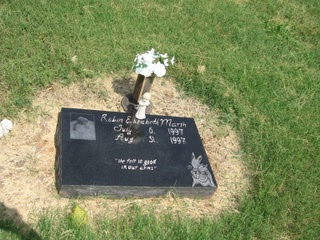 Harry Potter and the no spoiler comments

Well, we did the wait in line routine at the local Barnes & Noble (which meant pre-register, pick up tickets with a good place in line, show up, go to the events at the mall, confirm that we could actually buy the book without waiting at the local grocery store and then go back to the line so the kids could have the experience, which they relished). Bought two copies.

The books are consistent with what went before, though the outcome is not required by what went before. I'd have rather seen some people who died not have been killed, but on the whole it was well done and satisfying.

Sigh. The service got buggy late last week, today the New York Times reported that they had laid everyone off, I made a call to the 800 number and was told they were not responding or providing service, good-bye (I'm giving you my impression of the recorded message that was much to chipper).

So, I'm switching to FIOS VIOP (since I have FIOS otherwise). Well, for the time I had Sunrocket we saved about three hundred dollars, all in all. Still, too bad it crashed.

I'll be without a working home phone for about a week and a half.

Shut down by spam ... arghhh

I own a domain, adrr.com. I've had it a long time, my e-mail used to route through it. Sigh. Not any more.

Because it is a four letter domain, it is on the list to get spam -- lots of spam, tens of thousands of spam a day -- all of it sent to e-mail addresses that don't exist, but might. Enough that my hosting service had to shut down my e-mail server and briefly had the domain itself shut down.

Many four letter domains are worth a lot, a couple hundred thousand dollars or more. Mine isn't (not to mention, if it were, I'd probably sell it and move everything to srmarsh.com where I keep my slow moving negotiation blog -- having a four letter domain isn't that important to me). Many generate a lot of revenue. Mine doesn't, http://adrr.com/living/, for example, just doesn't have much commercial cachet.

As a result, the "solutions" that cost "only" fifty or a hundred dollars a month just were not reasonable.

But if you've wondered where I've been, I've been "snowed" under, so-to-speak, by spam.

If I could reach back and actually touch them, I'd arbitrate and then collect under the terms of service. Anyway, that is where I have been.
Posted by Stephen at 7:03 AM 2 comments:

Email ThisBlogThis!Share to TwitterShare to FacebookShare to Pinterest
Labels: tos

There is a lot of on-line literature. Much of it (well, maybe only 95%) fits into the Mary Sue category:


"You already know Mary Sue. Mary Sue is the perky, bright, helpful sixteen-year-old ensign who beams about the ship. Everyone on the ship likes Mary Sue, because Mary Sue is good at everything. Mary Sue is an engineer, a doctor in training, a good leader, an excellent cook, and is usually a beautiful singer. Mary Sue often has mental powers that may manifest themselves as telepathy, precognition, or magic. Her past is tragic, more so than any other character on the series. (Many Mary Sues have a backstory that reads like a V.C. Andrews novel. This is a clue.)"

A bit of humor, a bit of background, in case your teen or pre-teen is reading on-line stories. Now you know the gist of 95% of them.

Every fourth of July we go to Galveston, to flee town, to avoid memories, to mourn Robin.

This year we had reservations, but the rain was too intense. Today a waterspout came much to close to the condo we rented. But we weren't there.

It is neat to see just how books on economics continue to spread.
Posted by Stephen at 9:57 AM 4 comments: