This is a worthwhile charity for this Christmas:


So she has returned to Uganda, with Mormon women, and built more homes.  When the Ugandan women said they wanted a community center, she knew this had to be the next goal.  And the fledgling organization she has created is called THARCE-Gulu (Reese is working on updating this site in the near future).  The plans are in the works to buy a piece of land in Gulu, and build a healing center where visiting therapists (therapy through art, storytelling, sports, film making) can come to help the former soldiers, and around which the community can center their activities.  Because right now they still meet under that tree.

So in an effort to make this happen, we at fMh will be ramping up a fund-raising drive.  THARCE-Gulu needs $30,000 to buy the land for the center, I have no idea what kind of funds the bloggernacle is capable of raising, but we will be doing whatever we can.  So far our plans include raffles, auctions, perhaps some friendly competition within the bloggernacle, maybe some fund-raising snackers/dinners.

http://www.feministmormonhousewives.org/?p=3381
Posted by Stephen at 6:43 AM No comments:

Click on link or sample to go to the page where they are provided. 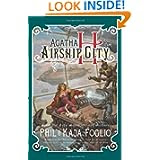 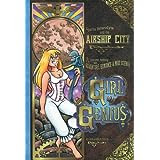 Of course I have blond haired baby girls my heart cries out for, but it was a good movie.  A very good movie, even better in 3D.  I even filled out the survey they gave us, but only because the movie was so good.

Of course the reasons I went to see the movie were (a) Heather wanted to see it, (b) The Dallas Morning News gave it an A, (c) we needed a family activity tonight.  It is so good to have family together at this time, but it makes me miss those who are not here so much more.

On becoming a man -- what does it take and how is it done?

It is easy enough to tell people to "man up" or to become a man.  Sometimes the speaker means that they want someone to fill some specific "man's role" -- whatever that is.  Usually "man up" doesn't communicate much at all.

So, what is it that makes the difference -- that makes a boy into a man? It is a measure of self knowledge and of taking ownership of one's self. It means not being oblivious and not hiding from yourself behind passivity, or silence, or food, or resentment, or any other method. It means taking mature ownership of yourself, your behavior, your feelings, and your goals.

Sure, the past exists.  Things have happened, there are difficulties everyone caries with them. But at some point you take ownership of the present and the future and cease to be a reactor to events or a slave to destiny. Wallowing in the past is holding onto childhood.  Clinging to powerlessness is clinging to infancy.

So, love yourself. Acknowledge yourself. Take ownership.  Do not reject the past, make it an experience and a lesson learned, not a trap or a regret.  Move into the present and find and move into yourself.  Become what you are, become a man, that is what it really means.


If you find you don't like yourself, don't hide from the truth.  Hiding doesn't change things.  Take ownership and acknowledge yourself and then decide what you are going to choose for the future. If you can't love yourself, either grow up or change.

Anyway, that is what I had to say when asked what does it mean to be a man.
Posted by Stephen at 9:25 PM 5 comments:

Well, want to know why he is able to do what he does?

Every quality in this presentation:  Sandy has.

On finding a match

November 9 marks my fifth year of being free from food obsession.  It has gotten to be such a part of my life I had to look it up to see how long it had been other than "long" or "years."

Dramatic changes all in all.  My weight fluctuates around 189.  It has a twenty pound range it operates in, which is a lot lower than the 265 or so it once was.

Weight training is going well too.

I still have so far to go in terms of recovering what I once was.  I'm never going to be in my 30s again ;)

But I am glad of my life and my family, and none of my children have died since 1997.  My mom's mission is going well, though I still miss my dad terribly.

Life goes on, with or without us.
Posted by Stephen at 11:13 PM No comments:

Should all scripture be proof texts?

A proof text is usually defined as a quote taken out of context and misused to reach a conclusion that does not really fit what a broader reading would indicate was the true meaning.  Yet, almost every scripture quoted in the gospels seems to be stretched somewhat and to have a major shift in meaning from what those who first heard it would have found.  It seems as if all scripture is a proof text.

Which makes sense.  When scripture comes into the world it is trapped by the limits of the language, the experiences and the context of the person recording it.  By being recorded in mortal realms, by fallible humans with imperfect language, it becomes a proof text from what it was in its celestial context.

Scripture also comes intended to be used over and over again; to be reused to communicate to every person and generation, no matter how far removed from the original recording.

Thus scripture starts as a proof text by virtue of being captured or recorded, and is only freed and given true context as it comes to life outside of the original words and setting.  As a result scripture only ceases to be a proof text as it comes into your life and is freed from its frozen state by finding the meaning it was intended to have for you.

In a way, scripture is not true until it becomes a proof text.

For a different approach to the same topic, see Wheatandtares.org on Thursday morning.
Posted by Stephen at 8:16 PM No comments: