On diet supplements and vitamins


My mother got a free subscription to a nutrition magazine that mostly wrote about various supplements you could take for better health.  But she cancelled it in disgust after they had a special article about one of their doctors. 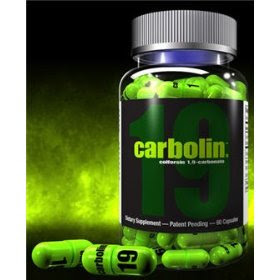 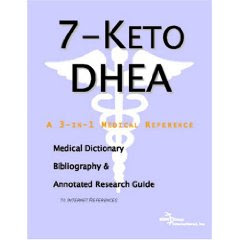 He took calcium with vitamin D (a standard calcium formulation) and fish oil (which you can get at SAMS or Costco).  That was it.

Rather than being inspired to take what he took, in the more expensive brands, she realized that this guy might design and sell expensive custom supplements, but he wasn't using any of them.  What he was using you could buy cheaply at any big box store -- and they were both things that she was already taking.

The truth is that most people do not get enough sunlight on their skin.  The good to that is that they do not wrinkle or get skin cancers.  The bad is that they are short of vitamin D.  Do they need expensive prescribed supplements (the new wave of value added services that many doctors are offering)?  No.

Other than that, calcium and fish oil (if  you have high triglycerides or cholesterol problems) and you are good to go.  On the fish oil, the Wall Street Journal has run some interesting articles, since trying to turn fish oil into money has proven very hard.  Expensive formulations and other approaches have failed to provide any better result than inexpensive bulk sources.  The same is pretty much true of calcium, though a little vitamin C, a little vitamin D and your body makes better use of it.

There are many things that in small amounts, or in specific limited areas, are very valuable.  But in more esoteric or more expensive approaches they offer little additional benefit or value, or none at all, just like vitamin and other nutritional supplements.

It is a useful lesson.

Women in the Military, women in combat

There has been a lot of discussion over the years about women in the military.

Specifically, women in combat.  Four things came together to make it happen.

First, women find themselves in combat in the current military in our country and in other countries.  A Woman Soldier's Own Story is an example of  that.  They are on patrol, in dog fights, getting ambushed while driving trucks.  They end up in combat over and over again, they just do not get jobs that say "combat" in them.

Second, the equipment changed.  An M-1 or an M-14 did not lend itself to either women or children in combat.  With M-16s we have child soldiers the world over.  Female fighter pilots are found the world over now.  Upper body strength matters in some settings, but no where near what it did.  For gear worn on the body, it requires trunk and leg strength where women are equivalent to men.

Third, there are career issues, both in the military and in civilian life.  I still remember realizing that if I got a perfect score applying for the post office, a guy who had "combat role" on his resume (even if he never made it off a flight line) could get what was otherwise a failing score and get more points than I could applying for one of those jobs.

The same is basically true for a woman who has actually been in combat but who is not credited with a job that is a combat role.

Fourth and finally, they have started taking a better approach -- everyone has to pass the same physical requirements for a job.  Notice the Marine Corp recently washing out its first two female candidates (both of whom looked very good) just like they wash out many men.

Compare the way it used to go, time after time, in similar efforts.  For example, in my dad's MO, his military job,, there was a strength requirement.  A female general got it into her head that the field would be good for women and as a part of that, changed the requirement for women.  Err, the people work as four person teams.  The strength requirement was the ability to lift 1/4th of the weight of the missiles that were being worked on.

Any time you got two of the new recruits into the field on the same team, the missiles could not be lifted or moved.

Those sorts of waivers have gone away.  Everyone competes on an even footing.

Anyway, that is what is going on with women in combat, four streams coming together at the same time.

Posted by Stephen at 9:05 AM No comments: