Geoengineering, climate change and what should we fear?

Since it's technically possible and not all that hard to get going, we really need to talk about it and hopefully get treaties in place before someone takes this technology and does something massively stupid ....

Something to think and talk about. A presentation taped September, 2007, long before Climategate or Superfreakeconomics.

There is a lot to think about, especially since almost any approach is likely to create incredible human hardship and suffering, from doing nothing to aggressive responses, both in crashing the world economies to stop carbon emissions to risk taking without proper study.

A delightful day, I am grateful for so many things

Too much to list, but I should note that some people who missed last week's party showed up today and it was delightful. Thanksgiving day was a day of gratitude and the spirit of the day still remains with me.
Posted by Stephen at 9:20 PM

Finding a place as you age

Suzette Haden Elgin wrote a book, The Grandmother Principles, that is really very good. It teaches people how to be grandmothers who will be loved and cherished. The problem is that many people look at the potential roles and say "why not me?"
All three of these can look good. The problem is that most efforts to be a ruling matriarch only make one into a pecking harridan. Most people feel no need to be dominated or controlled. Most methods to accomplish that role only alienate and cause pain and resentment.

Entertainers end up competing with television, books and games. Usually they end up spending time pushing boundaries becasue in every other way they exhaust their ourve. While boundary pushing is great for a six year old, eventually you end up being old, rude and skanky, if not irrelevant.

To be cherished requires grace and patience. You have to learn to listen, to love and to console without offering advice or prescriptions. To be the person everyone goes to for a listening ear, a word of love and encouragement, a place of peace.

There are other things a grandparent can do to nourish and support an extended family. Dr. Elgin's book covers them. But you need to start with a foundation of peaceful love and patience.

For more on the book, click on the link, then pick it up through interlibrary loan.

You are invited for dessert at my house

This Saturday, from 7:00 to 9:30. People will probably be coming early and staying late.

Wanted to celebrate Heather being home, and she can't get Bluebell Ice Cream at BYU.

I'll also have fat free Fage yogurt for those, like me, who generally don't eat desserts.

It has been too long since our last party at the house. Feel free to come and just bring an appetite, children welcome, just like the last time.

Heather is back only for a limited time (just for Thanksgiving, then back to get ready for finals). We have missed her.


Update, the party went really well, though we had some people show up at 4:00 or so and others came a bit late so they left around 11:00 p.m.

Still, I wouldn't have missed anyone. It was grand.
Posted by Stephen at 5:51 AM

Funny things heard about myself

Over the years, I've heard some funny things about myself.

Even Steve Marsh can't do that

Just because you can do it doesn't mean it is possible.

The first was when I was going through documents with some other attorneys. All that mattered was whether or not one of six boxes was checked in the wrong position. If it was, the document needed to be pulled, regardless of what it said. The other guy was reading each document. Once I explained to him how I was going so fast ...

The third was another RPG designer, giving an address to a group. He's very good, anything I've done, he probably could have done, but he wanted to make sure they did not give him credit for my work (which was earlier). I wish I had saved it when I ran across it on the internet. Funny thing is that we both go by Stephen, and get called Steve.

But the second to last has given me thought. There are things, that just because they have happened, or just because they can be done, does not mean that they are possible -- they should be treated as anomalies rather than as guides or examples for someone else. We were talking RPG design, but the rule applies in many ways to many things.

Now that I'm in my fifties, there are things I could do in my twenties that I can't do, and that are not possible for me to do, which seems so strange, since there are so many things I do so much better.

I'll do a better post on this later, but I've been thinking about it, how just because things have happened doesn't mean that they are possible enough to be part of our expectations, goals or plans.

It is a sobering thought, at times.

Realized that what had gotten to me was being at Stake Priesthood Meeting without my dad. Finally came to the surface how much I miss him, again.
Posted by Stephen at 7:52 AM 2 comments:

I was reading and I came across the following, years ago, and then again recently.

We need complete freedom to express our honest feelings [to God]

Freedom is an essential factor in the healing process because recovery is based on the practice of honest with ourselves and with [God].

There are a lot of different kind of women in the world. However, for the kind I found that I really liked (and the best of which I ever found I was lucky enough to marry), one of the keys to her heart was helping her study.

You can tell a lot about what a person values by what you can do that makes them happy and what is most important to them. I remember one sister in a ward I was in who said that the only things that mattered were if a guy had hair and could dance and she discovered after marriage that her husband was going bald and didn't like to dance. Perhaps she should have been looking for different things, or perhaps just at a different person.

One of the reasons the human species is still around is that there are so many different things that different women value. I knew a girl who really valued how tall guys were. We were friends and got along well, but I called it off after one date when I discovered that was important to her (I'm not tall). My wife likes bright guys and people who find thinking and improving themselves important. I can do that, especially the improving as I've a lot of room for improvement.
Posted by Stephen at 8:30 AM

One of my favorite quotes

What a pity it would be if we were led by one man to utter destruction! Are you afraid of this? I am more afraid that this people have so much confidence in their leaders that they will not inquire for themselves of God whether they are led by Him. I am fearful they settle down in a state of blind self-security, trusting their eternal destiny in the hands of their leaders with a reckless confidence that in itself would thwart the purposes of God in their salvation, and weaken that influence they could give to their leaders, did they know for themselves, by the revelations of Jesus, that they are led in the right way. Let every man and woman know, by the whispering of the Spirit of God to themselves, whether their leaders are walking in the path the Lord dictates, or not. This has been my exhortation continually....

[Just brought up again by someone commenting on it here]

Worth a visit I think.
Posted by Stephen at 6:14 PM 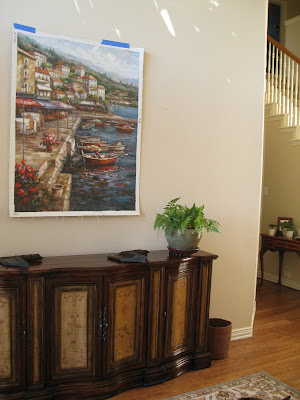 Still trying to decorate the house.

You know how it is, though a couple 72" Frazetta posters seemed like just the right touch, no one agreed ;) 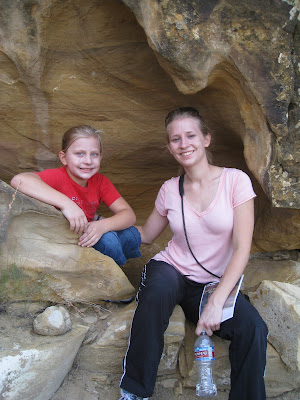 Heather and Rachel on vacation from this summer.

Rorschach Tests and our Hearts

Rorschach Tests offer a great deal to us. In some ways, much of life is a Rorschach Ink Blot, just as the scriptures are, that allows us to find ourselves in what we see.

I was reading http://www.faithpromotingrumor.com/2009/11/of-analogies-rorschach-tests-and-elder-oaks/ and it made me think of just how many things function as carte blanches that we can read into what we hope for or fear.

Our current president of the United States is one. So much that swirls around him seems to be what people have read into him for good or ill. I see that in other areas as well.

Which is why it is sometimes good to use the things we react to as hints as to what we might see if we looked into our own hearts.
Posted by Stephen at 7:37 AM 1 comment: