Email issues through the years

We first got online as a family with Progidy which offered free time for access to their grief support group for parents who had lost children.  Combined with the off-line tools (which downloaded the message boards and let  you read and respond off-line), it was a source of support and help.

We then picked up GNN which had a local POP (point of presence -- a way to connect with a phone modem without a long distance call) after Juno suddenly became a long distance call from where we were.  GNN got swallowed whole by AOL, and the e-mail accounts all went away.

I have my own domain, which let me use Eudora, until my ISP discontinued my e-mail service because of the the "hope" spam sent to adrr.com.  Hundreds of thousands of spam sent every day to addresses spammers hope existed at adrr.com were effectively acting as a denial of service attack.

But AOL has taken to upgrading itself, automatically sometimes, and when it does that, all the saved e-mail folders disappear. Including all the e-mails saved to my PC.

Which is, needless to say, annoying.  (As an aside, I've used other e-mail clients, use outlook at work, etc.  I can save outlook e-mails by drag and drop into outside folders and keep everything organized and permanently saved there, rather easily -- almost enough for me to consider it at home).

It is enough for me to consider switching to gmail on a permanent basis, especially with the domain name feature.

Posted by Stephen at 7:16 AM No comments:

Why we get fat 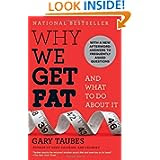 Well worth reading.
Posted by Stephen at 8:03 PM 1 comment:

On other people's trials ...

My new ISP gets posts flagged as spam everywhere I go ... so I'm commenting on my blog, since my comment got swallowed: Personally, I've come to believe that other people's hardships are the hardships they are having and they are entitled to feel that they are experiencing hardship.

As someone else remarked at http://segullah.org/daily-special/no-good-comes-from-blogging-after-midnight/


My hardest trial might be insignificant compared to others, but it’s still the VERY HARDEST thing that has ever happened in my life, and so is still meaningful and difficult and important

We are to "mourn with those who mourn" not tell them to "buck up" or engage in comparison contests with them.

About a year ago over Spring Break, I fell off of a cliff, fracturing two vertebrae, bruising a lung, and practically turning my left heel into gravel.  A few weeks ago, I was talking to some of my coaches at school about that time.  We somehow ended talking about the Holy Ghost, and how I felt the Holy Ghost when I fell.  After talking with my coaches, I decided to write down  my feelings about that spiritual experience.  When I was asked to give a talk, I decided to talk on the Holy Ghost and how it had felt that day.

When I first hit the rocks at the bottom of the cliff, before I really knew what had just happened, I wasn't in pain yet. The Holy Ghost was there instead, stronger than I have ever felt it -- it may have been seconds or simply a moment -- I don't really know.  It had so many layers to the overall sensation, many of them being the total opposites of each other. I'm going to try to describe it, to put it in words, but it can't be captured fully, but I'm still going to try.

It was like… when you're sitting in a room full of people --  you can't see any of them -- and no one is touching you, but you just know that they are there. You might know the name of a few of them, but you just don't really know them that well.  I felt completely surrounded.  It's not a bad feeling, not one of feeling uncomfortable, just that you don't know them that well. There's also a warm feeling in you, like when you're by a fire, but it's not too hot, not too cold, but just right, warm and cozy.
.
I felt calm, tranquil. I felt safe and secure, like when I was little and climbed in with my parents after a nightmare and I knew that nothing could hurt me there. It felt cool, like when you jump into a pool on a hot summer's day.

A scripture that captures a part of how I felt is in the Doctrine and Covenants, Section 8, verse 2:

I felt something that was in my heart, a love and welcoming feeling that would keep me safe and that I could trust. It felt like someone I had always known.

It was only a short time, I don't know how long it was. I don't remember much, but the feeling was very strong and it made me feel safe in spite of everything that had happened.

It made me feel as if I had gotten a second chance.  I had had doubts before. I had not really felt the Holy Ghost strongly.  Because I had been in the Church from when I was born, I hadn't had the experience that some have that tells them that the church is true. But this made me realize that the Holy Ghost was real.

I had someone tell me that I would forget, and that it would not stay with me. But by writing it down, it has helped me make sure that I will remember what I felt and what happened. It has reminded me that I need to work on a journal.

I know that I need to keep working on things or I will be like the people in the Book of Mormon who had spiritual things happen to them and then forgot them.  I also know that I have a lot to be grateful for.  The bruises are gone.  My lungs work right again.  I can now walk on my heel. My back is working again.  I am here today.

I feel so lucky, I never felt lucky before, I only saw the problems in my life, all the things that have gone wrong or that were not working out .. Like having Tourette's and other problems. But since then,  I've realized that God has given me blessings too.  Parents, and schools and a home and the Church.  And God gave me the Holy Ghost when I needed it the most.

I am grateful to God for that experience and for the scriptures and the Church to lead me back to God.

I give thanks, and say these things, in the name of Jesus Christ, Amen.

Posted by Stephen at 4:26 PM No comments:

Two things you need to know

and the book  Boundaries: When to Say YES, When to Say NO, To Take Control of Your Life
Posted by Stephen at 7:53 AM No comments: