If you've gone through significant grief, you can count on at least once a year being contacted by people who want to put you on television. We've been turning them down for a long time. You don't matter to them, they are just looking for a dose of pathos.

Either a news channel, for the yearly or half-yearly dose of bathos or some "good" organization that wants to stir up donors. If you let them, they will put you in front of groups, on television, and in fundraisers.

I never had the will for it. Sure, before the girls died I did television appearances for mediation. I also did a few for my friend Gary and TSR back in the day, long ago. Other stuff, sure.

But on grief, these days everyone has the message that we will say no. All in all, unless you have a cause that really means something to you, or someone you really owe, it is always best to say no. There is a blessing in not being known.


On the other hand, doing a television spot for something not grief related? I'm more than willing to do that sort of thing. Especially if it is to promote someone else.

My alternate photo, the one that is me on vacation, vs. me the rest of the year. 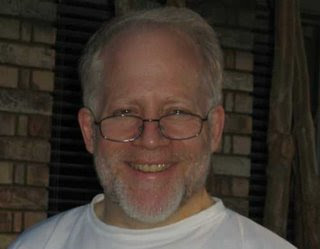 I tag on you on my latest entry Stephen, hope we can exchange links. I think I added you already