Why didn't anyone tell me -- about literal interpretation vs. allegory

Many people claim to believe "literally" in the Bible.  More or less.  They read it as God speaking to them. 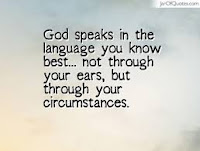 But if we start with the creation story, it turns out no one literally believes in the Bible.

After all, the literal story in the Bible is that God separated the primal waters so that half are below the world (which floats on them) and half are above the great vault of the sky (and where rain occurs when God opens the windows of the heavens to let water fall on the earth).

1:2 Now  the earth  was without shape and empty, and darkness was over the surface of the watery deep, but the Spirit of God was moving over the surface of the water. 1:3 God said, “Let there be light.”And there was light! 1:4 God saw that the light was good, so God separated the light from the darkness. 1:5 God called  the light “day” and the darkness “night.” There was evening, and there was morning, marking the first day.
1:6 God said, “Let there be an expanse 23  in the midst of the waters and let it separate water 24  from water. 1:7 So God made the expanse and separated the water under the expanse from the water above it. 25  It was so. 1:8God called the expanse “sky.” 27  There was evening, and there was morning, a second day.

23 tn The Hebrew word refers to an expanse of air pressure between the surface of the sea and the clouds, separating water below from water above. In v. 8 it is called “sky.”

sn An expanse. In the poetic texts the writers envision, among other things, something rather strong and shiny, no doubt influencing the traditional translation “firmament” (cf. NRSV “dome”). Job 37:18 refers to the skies poured out like a molten mirror. Dan 12:3 and Ezek 1:22 portray it as shiny. The sky or atmosphere may have seemed like a glass dome. For a detailed study of the Hebrew conception of the heavens and sky, see L. I. J. Stadelmann, The Hebrew Conception of the World (AnBib), 37-60.


1:14 God said, “Let there be lights 34  in the expanse of the sky to separate the day from the night, and let them be signs to indicate seasons and days and years,

34 sn Let there be lights. Light itself was created before the light-bearers. The order would not seem strange to the ancient Hebrew mind that did not automatically link daylight with the sun (note that dawn and dusk appear to have light without the sun).

That is, in the initial creation the literal story is  that God separated the primal waters so that half are below the world (which floats on them) and half are above the great vault of the sky (and where rain occurs when God opens the windows of the heavens to let water fall on the earth).

I could go on.  No one, even the most literal of believers, thinks that the world consists of an island floating on endless waters with a solid firmament above that has water on the other side (where we would think of outer space beginning), light independent of the sun radiating it, and the sun and the moon moving across the solid dome of the heavens.

[Note that game designers do create worlds just like that -- I even worked on a project with such a world in the 1970s].

Once you realize that you can't get anyone who believes in a literal translation of the Bible through the first 10-20 verses, but that they re-interpret the Bible into their own understanding and in some ways as an allegory or as a figurative understanding. With that you start to realize that the Bible cannot be taken literally, but rather as a communication limited by language, context, intent and understanding.

At that point, other things begin to make sense.

The genocides in Exodus that did not happen (since the same people who are recorded as completely exterminated are still around in the book of Kings -- I've written about that elsewhere).  The flood occurred, and didn't cover the entire earth (since the Nephilim are recorded as predating the flood, missing the Ark, and showing up later).


Numbers 13:33 We saw the Nephilim there (the descendants of Anak come from the Nephilim). We seemed like grasshoppers in our own eyes, and we looked the same to them.

In the Bible, the universal language was shared by all men, yet Noah's family, while he was still alive, divides the land with other peoples, according to their languages -- they encountered humans who spoke different languages than they did and reached treaties with them, well before the Tower of Babel.

Rather, it is more likely referring to the human population of the Earth. Contextual indicators point to this latter conclusion.

Second, verses both before and after Genesis 10:25 provide furtherindication that Moses was referring to a linguistic/political/human division rather than a physical division of the land mass. Earlier in the same chapter, he alluded to a separation of the peoples— “everyone according to his own language, according to their families, into their nations” (Genesis 10:5, emp. added). Later in the same chapter, Moses referred to the generational divisions of Noah’s descendants “in their nations; and from these the nations were divided on the earth after the flood” (Genesis 10:32, emp. added).

Someone should have told you that even the most literal of readers of the Bible can't make it past the first chapter without treating it as something other than the literal words, and that the further you get, the more everyone has to acknowledge that they are either going to re-read the Bible to say something else than what it says or to expand it into a re-translation or an allegory or treat it differently?

So what to do with allegory?  Great question.  We will have to talk about that sometime. 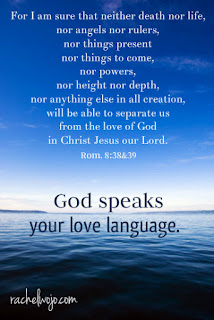 Until then, let me mostly quote from a developmental analysis (borrowed from a recent book by Thomas Wirthlin McConkie [link]):


"Because adult development has been so poorly understood until recently, many of us have  naturally assumed that if others don’t see the world as we do, it was because they were missing crucial information, critical pieces of the puzzle. Provide them with all the puzzle pieces, the thinking goes, and they will snap together the same picture that the rest of us are looking at.

We know now that this reasoning is folly.  We have learned from looking at children

Children make meaning according to capacities in their own awareness—meaning that is logical and consistent within itself. In other words, it’s not just an erroneous view of the “real world” that children offer in their speech, behavior, and play. It’s a perfect representation of their own world, the world their minds construct

"As it turns out, we adults are still doing the exact thing we did as children. At the end of childhood and adolescence we do not graduate, cap and gown, into a perfectly accurate, “adult” view of the world. How we perceive and make meaning of the world continue to develop throughout our lifespan.

That is, the language used, and the descriptions used in the Bible are a communication in the construct of the awareness of the listeners.  To understand we need to go beyond to the message that construct was intended to convey.

I'll leave you with one of my favorite Brigham Young quotes:


"When God speaks to the people, he does it in a manner to suit their circumstances and capacities…. Should the Lord Almighty send an angel to re-write the Bible, it would in many places be very different from what it now is. And I will even venture to say that if the Book of Mormon were now to be re-written, in many instances it would materially differ from the present translation."

There is a lot more to the discussion.  But the takeaway is that a literal reading is probably a wrong reading -- and no one gets even twenty verses into the scriptures without moving away from a literal reading.  And, perhaps, someone should have told you that.
Posted by Stephen at 5:11 PM

Might as well just be a fairytale the way your telling it.

You have completely missed the point. That we are limited in what we hear from God by the understanding that we have -- and the understandings of those who received the message -- is a far different thing than your conclusion.