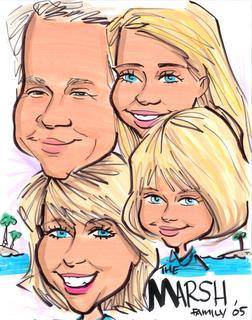 In the middle of chaos I turned fifty. Instead of a birthday party, I attended a work function for my wife, wedged between emergencies. The Church Christmas party and program had blown up, mostly because the person who was doing the program broke her back in a rollover accident. While she didn't have a choice between the two, now that she is recovering she has commented that all-in-all it wasn't such a bad alternative. You know the drill.

But, as I look forward to this year, it is almost as if I had turned thirty-six again. My weight is almost to where it was then, I have a six year-old in the house again, the weight training I started three years ago actually has me stronger than I was hoping to get then, and I'm back to being my natively cheerful self, feeling real emotions. I'm thinking about writing projects, probably the same ones (more or less) than I was then, including a book on mediation and a book on negotiation.

It is almost as if my life has started over. Given the number of long lived people in my family, I've probably hit the mid point and am starting over in a lot of ways. It is tempting to treat this entire year as a birthday celebration -- but I'll skip the cake. After all, I'm enjoying having lost weight.

I'll write another post when I get back in town, but we are soon to be off to celebrate our wedding anniversary. As always, a compromise date, so not everything is starting over, but everything does have hope and joy once again.
Posted by Stephen at 8:24 PM

Happy belated 50th! I was reading the interview of Geena Davis in Reader's Digest yesterday and learned that she is 50. She did not start having babies until her late forties. If that is what 50 is like these days, 50 is young!

Happy Birthday! Your posts are so uplifting and positive. Thank you.

Thanks for checking in. (Comments are always appreciated.) I read a
little of your site--just enough to know that there's a *lot* to see and
that I can't get away with a simple "great blog" response. I looked
briefly at your "background" site. Your loss is somewhat staggering,
and beyond my comprehension. I am sometimes amazed at just how real
life can be sometimes. Trials like yours bring that amazement to the
forefront of my thoughts. For me, though, it goes on just for a few
days. For you it is your life, your mode. From what I was able read,
it seems as if you have done well with it all, creating some "good" from what you've experienced, not that good is mine to judge.

I'd like to be able to say something comforting or whatnot,
but really, what could I say? I saw what you wrote, and that's about
what it comes to.

I remember giving my dad a, "Nifty Fifty" button to wear on his birthday, because I knew he was having a hard time with it.

Your kindness to me in addition to what you pour in to your blog, and the content thereof, is a testament to the good man that you are.

I don't want to go overboard, and I'm always cognizant of not wanting to cross any lines (opposite sex friendships just having more "rules" than others), but I think you understand my intent.

Ugh, I really put my foot in it. Why am I not good at this sort of thing? Anyway, I hope you celebrated repeatedly and well.

I can't BELIEVE I'll be 34 next month (basically I'll be staring the big 35 in the face, which has HUGE implications child-bearing wise, life-issue wise, etc.)